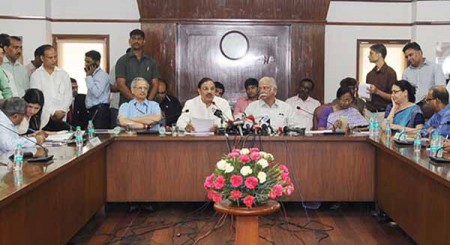 The Draft Regional Air Connectivity Scheme (RCS) was presented by the Ministry of  Civil Aviation in the presence of the Minister for Civil Aviation, Shri Ashok Gajapathi Raju and MOS Dr. Mahesh Sharma in the capital today.  The objective of Regional Connectivity Scheme is to make flying affordable for the masses, to promote tourism, increase employment and promote balanced regional growth.  It  also intends to put life into  un-served and  under -served airports.

To operationalise the Scheme Aircrafts and helicopter operators would be required to assess the demand on various routes and submit their proposal for providing connectivity on such routes.  They would be required to earmark certain number of seats on every flight for the RCS.  The fare for such seats would be capped based on flight distance and time.  An index has also been prepared for airfare caps for the RCS seats for fixed wing aircrafts and helicopters depending upon the distance (details can be seen in the presentation enclosed below).

Airport Authority of India will be the implementing Agency for the Scheme.  The RCS route would have  to include  un-served airports i.e. airports where there is no scheduled commercial flight or under-served airports i.e.  airports which have 7 or less scheduled commercial flights per week.  The RCS routes would cover a length between 200 to 800 km.  But this criteria would not apply to hilly areas,  islands, North-east region and for helicopter operations.

The procedure for selecting  Airline Operators would be based on reverse bidding mechanism.  Two half-yearly cycles would be the basis for inviting and evaluating the proposal.  Depending upon suggestions given by Stakeholders the para-meters for financial proposal could be (1) VGF per RCS seat (2) Total VGF per week (3) combination of  (1) and (2).  The selected Airlines will enjoy a period of exclusivity on the awarded routes.  The exact period would be  fixed on the basis of suggestions by Stakeholders.

The Central Government will support the RCS Scheme by levying an excise duty of only 2% on Aviation Turbine Fuel (ATF) purchased at RCS Airports for a period of three years.  The service tax will be levied at only 10% of the taxable value of tickets for RCS  seats for a period of one year.  The operating Airline will be free to enter into code sharing arrangement with domestic and international  airlines.

The State Governments will charge Vat of 1% or less on ATF at RCS Airports for a period of 10 years.  It will also provide security and fire services free of cost, besides providing electricity, water and other utility services at concessional rates.

The selected airlines on their part would be expected to commit 50%  of the seats on RCS flights to be sold at the specified airfare cap.  They would also be required to maintain a frequency of minimum, three flights per week and maximum seven flights per week.

A Regional Connectivity Fund would be created to subsidise the operation of the RCS.

The Viability Gap Fund (VGF) would be calculated on normative basis.  The VGF support for respective routes would be indexed to inflation and ATF prices which would be reviewed periodically.  The VGF support would also be linked to the passenger load factor.

The Exit Mechanism for selected airlines would be made easy after a period of one year.

The Draft Regional Air Connectivity Scheme will be placed in public domain for three weeks to enable Stakeholders to give their suggestions.  After this the details of the scheme would be finalized. 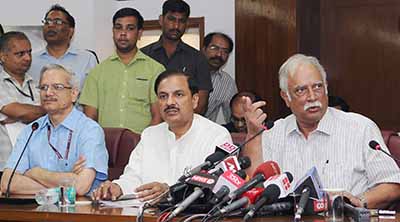