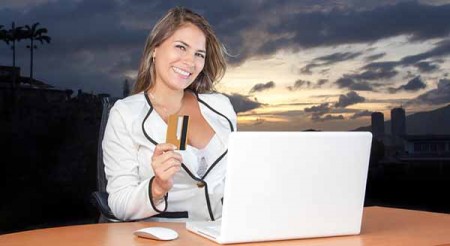 With the growing popularity of online shopping which is expected to catapult the e-commerce market to $80 billion by 2020 in India, the online companies are expected to invest close to $6-8 billion in logistics, infrastructure and warehousing in the next few years, an ASSOCHAM-PwC study has said.

Presently, there is a very low level of air cargo penetration characterised by only a few airports equipped to handle large volumes of express delivery parcels. As the e-commerce gathers momentum and moves to the tier-II and tier-III cities, there will be increasing demand of expanding air cargo connectivity to smaller towns. The industry would invest in about $8 billion by 2025, the study noted.

The overall e-commerce industry, valued at $25 billion has been growing at a compounded annual growth rate of about 35-40 per cent each year, the study said, adding that it is expected to cross the $100 billion mark in five years, adds the paper.

“Innovations are very important in this sector, as the demand is always for more reach and faster shipping at lower costs. The companies will need to invest in automation, while utilising existing resources well”, ASSOCHAM Secretary General Mr D S Rawat said.

In India roughly 60-65 per cent of the total e-commerce sales are being generated by mobile devices and tablets. Shopping online through smart phones is proving to be a game changer, and industry leaders believe that m-commerce could contribute up to 70 per cent of their e-commerce revenues, noted study.

“Increasing internet and mobile penetration, growing acceptability of online payments and favorable demographics have provided the e-commerce sector in India the unique opportunity for the  companies to connect with their customers”, adds ASSOCHAM paper.

The study notes currently India operates at a very low level of air cargo penetration characterised by only a few airports equipped to handle large volumes of express delivery parcels. It predicts as the market gathers momentum and moves to the tier-II and tier-III cities, there will be increasing demand of expanding air cargo connectivity to smaller towns.

"India is successful in becoming the largest e-commerce market in the world. The rapid transformation in logistics, innovation, consumerism and productivity prove to be an interesting case study for other emerging economies," Rawat said.

The growth of the e-commerce industry has a huge potential in the country translating into beneficial effects for the manufacturing industry, infrastructure and jobs, mentioned study.

how to get on the dark web android bitcoin drugs market [url=https://kingdomdrugsonline.com/ ]darknet drug dealer [/url]

how to get to darknet market russian anonymous marketplace [url=https://heineken-darkweb.com/ ]onion websites for credit cards [/url]

darknet market oxycontin how to get on the dark web [url=https://kingdom-online-drugs.com/ ]dark market 2023 [/url]